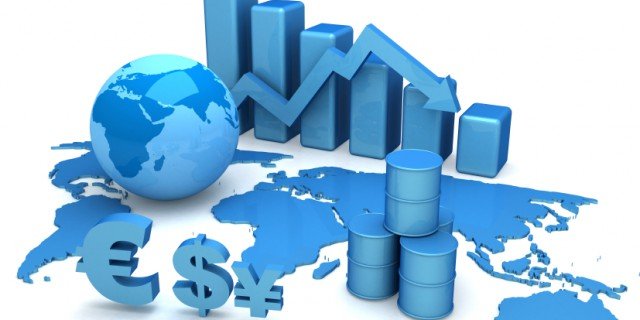 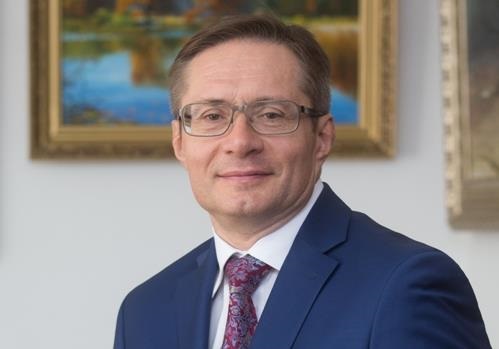 Contrary to numerous statements of Pro-government economists and members of the current Parliament and Government that Ukraine supposedly has some economic growth of 2.5 %.
(by the way, it was planned to increase by 3.2%).

In fact, the Ukrainian economy is steadily and steadily moving into the abyss.

Numerous loans from the IMF and the World Bank not only do not improve the situation in the economy, but on the contrary, contribute to the prolongation of being in power completely unprofessional adventurers who robbed and continue to Rob the Ukrainian people. Unfortunately, in the environment of the newly elected President, there are no highly professional economists, honest and responsible professionals with experience in the effective management of any serious enterprises of the real sector of the economy. Once again, Ukraine needs professionals who really know the different types of both industrial and agricultural production. We do not need “theoretical economists” who like to talk virtually about the economy and who already in practice, occupying senior positions in the state, have shown their failure as effective leaders who know the real production, and have the talent to raise it is already half, and sometimes completely ruined enterprise . I mean economists such as Pynzenyk, Lanovoy, Cherniak, and the like economists-utopians.

The problems of Ukraine are much more serious than the current government is trying to present.

-first: in the country, practically all industrial, and especially machine-building enterprises are collapsed. Somewhere at the level of 40-60% of their production capacity are metallurgical enterprises, as well as mining and processing industry. Moreover, 60% of GOK Products are sold for export, not for Ukrainian metallurgical enterprises. This is not only unprofitable for the country, but it clearly demonstrates the fact that no more than 40-50% of their capacities work at the metallurgical enterprises of Ukraine. The rest of the production is simply destroyed. And this despite the fact that the global market remains in demand for cheap Ukrainian steel products. Ukrainian metallurgy survives not due to high efficiency, not due to modernized enterprises and the production of high-quality and highly profitable products, but only due to the temporary, but favorable conditions in the foreign markets of developing countries.

Ukrainian rocket industry is really looted and destroyed. In this industry, American and other Western companies simply suck out the intellectual potential (Ukrainian engineers) and other researchers of the highest level of training.

– fourth: the state of agricultural production has already passed from the state of withering to the process of progressive and steady reduction of acreage due to non-professional and adventurous activities of the relevant ministries of the current Cabinet of Ministers of Ukraine. This is due to the thoughtless allocation of land from the common fields of small plots to individual small farmers or, directly, to the owners of land shares, who cultivate the land with gross violations of agricultural production technology, leading to depletion and a sharp drop in the quality of Orna land. In addition, a huge amount of acreage is lost due to the allocation of access roads to each small private land plot. All of this ultimately leads to the impossibility of using wide-cut and modern agricultural equipment, as well as doing are either ineffective or vzaimounichtozhayuschaya the process of applying herbicides: fungicides, insecticides, desiccants and other means of plant protection. It also increases the cost of production by increasing the volume of maneuvering equipment, resulting in extra fuel costs, seed consumption, overspending of mineral and organic fertilizers, weighting work for machine operators. In General, all these “innovations” significantly increase the cost of production, while world prices of demand for these products remain stable, which, in General, causes a sharp drop in the profitability of agricultural enterprises. Lost profits farmers of Ukraine due to the introduction of VAT in the amount of 18 % on all products, as well as the introduction of VAT on all consumables for agricultural production, purchased on imports, which are introduced and additional excise duties and other charges, which introduced the Government of Ukraine for its survival through the destruction of the agricultural sector. According to my calculations, the Government annually steals from agricultural producers not less than 160 billion UAH. this is despite the fact that in all developed countries of the world agriculture is exempt from all taxes, and receives direct support from the state in the form of direct and indirect subsidies (for reference: in the European Union – 30 % of the EU budget goes to direct support of agricultural producers). The same result was brought by the actions of the Government due to a sharp increase in the rent for land, the same large increase in fixed agricultural tax, unjustified economic increase in wages in the private agricultural sector, which with huge tax rates on ZAR. Fees in General leads to a sharp drop in the profitability of agricultural enterprises.

As a result of the incompetent actions of the adventurous government, agricultural producers are not only unable to conduct expanded reproduction and the introduction of new technologies (including the most important aspect – the development of irrigated agriculture), but unfortunately, farmers are no longer able to carry out even the planned modernization of their equipment and technological facilities, such as granaries, warehouses, etc.

The above information clearly and clearly demonstrates the state of the collapse of the Ukrainian economy, which is further aggravated by the ongoing hostilities in Eastern Ukraine, which leads to a drop in the investment attractiveness of the whole of Ukraine, the departure of Ukrainian specialists and workers to work and permanent residence in European countries, partly Russia. The IMF and World Bank loans were eaten and stolen , and as a result of the actions of the adventurous Prime Minister A. Yatsenyuk and his 1 Deputy – N. Yaresko, was signed a debt agreement (agreement on debt restructuring), in which Ukraine because of the debt of $ 3 billion was thrown into bondage to its external creditors, when we have to pay not only debts with interest, but, subject to GDP growth of more than 4 %, Ukraine will be obliged to pay creditors annually on interest – 20 % of its GDP . This wildest fact made Ukraine almost an eternal slave of the IMF! There is no way out of this situation, with the traditional conduct of economic activity today. Only this year Ukraine has to repay % on loans in the amount of 417 billion UAH. that is more than 15.5 billion dollars (almost half of the state budget is the state budget of 38 billion dollars)

Thus, I with great regret state the fact of complete economic failure of the Ukrainian state and , as a result, a sharp deterioration in the standard of living of Ukrainians , as a result of extremely meager state funding of all the most important social areas , for which the responsibility is, namely , the President, the Government and the Supreme Council of Ukraine: meager financing of health care , leading to its collapse, which is trying to disguise the visibility of some pseudo-reforms, and in fact, just a primitive destruction of the material base of Ukrainian medicine and the survival of medical staff not just from work, but from their home country. A similar situation is observed in the system of both secondary and higher education in Ukraine, the same deplorable situation in the field of culture and science of our state!!!

I can state the fact that traditional approaches to Ukraine’s withdrawal from this economic and social collapse will be futile and fruitless. I see the salvation of Ukraine only in the implementation of a completely new, unconventional strategy and tactics, both economic and financial-banking, energy and infrastructure policy. Ukraine can be brought out of the crisis without destroying IMF and World Bank loans, but this is a completely different strategy and technology of economic development of the Ukrainian, and not only Ukrainian, state. These principles will be equally effective not only for Ukraine, but also for Russia, Belarus and other developing countries.

With optimism and faith in Ukrainian,

Russian, Belarusian and other peoples, academician