Recently, attacks on Academician Anatoly Vladimirovich Peshko have become systematic and false and unconfirmed information intentionally spreads on the Internet, in particular, on Cyclopaedia, Wiki, and others. Thus, the Ukrainian authorities are trying to force A. Peshko. be silent and not tell the Ukrainian society the truth about the state of affairs in Ukraine.

For example, the information that allegedly the house of Peshko A.V. in the Crimea, built on an ancient settlement. However, to refute this nonsense, a request was made by the lawyer Andrei Shmytov, who represents the interests of A. Peshko. in Crimea.

The response to this request clearly states that on land plots cadastral numbers 90:14:100601:30 and 90:14:100601:29 belonging to citizen Peshko A.V., there are no historical and cultural monuments! A copy of the response of the State Committee for the Protection of the Cultural Heritage of the Republic of Crimea is attached. 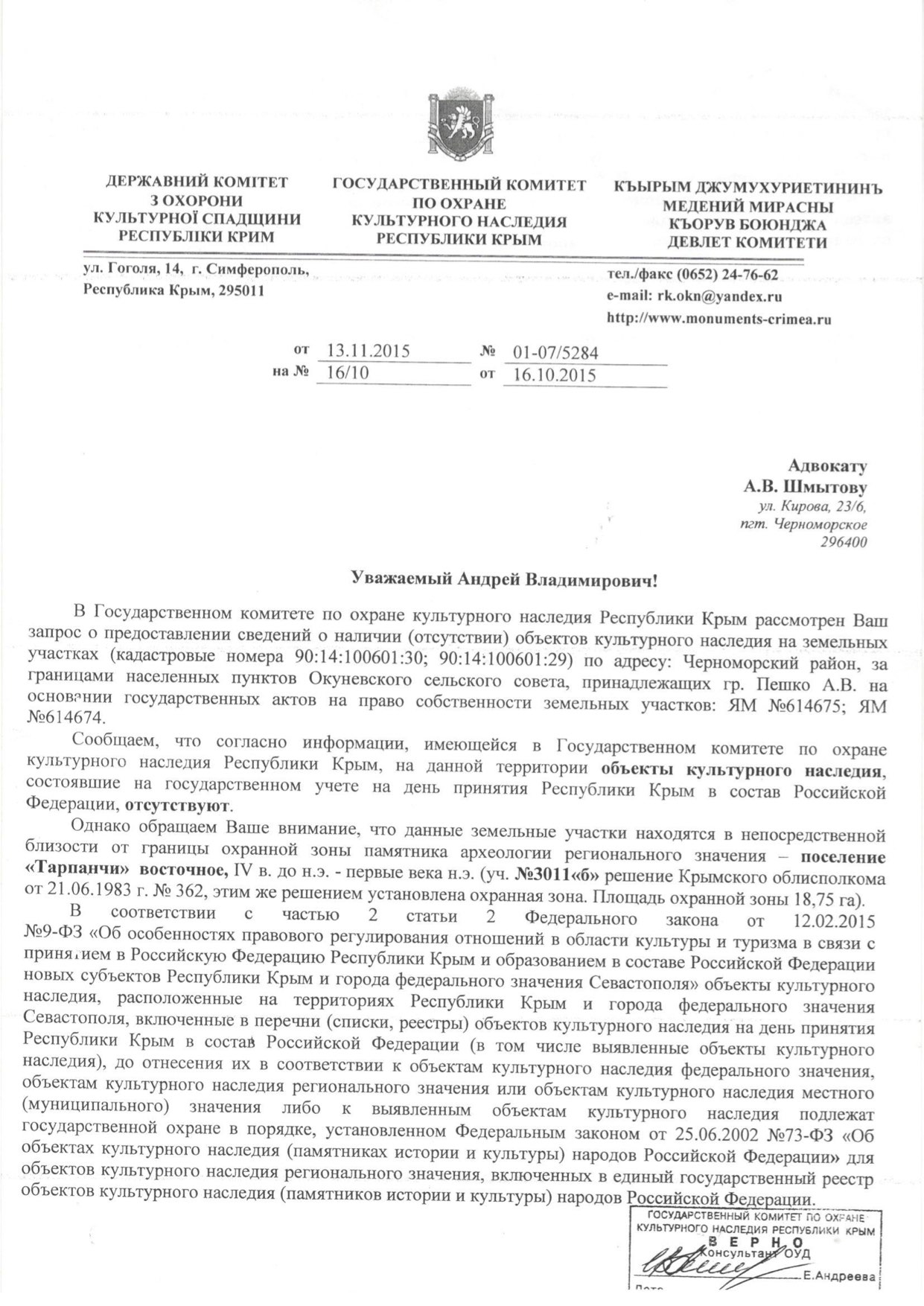 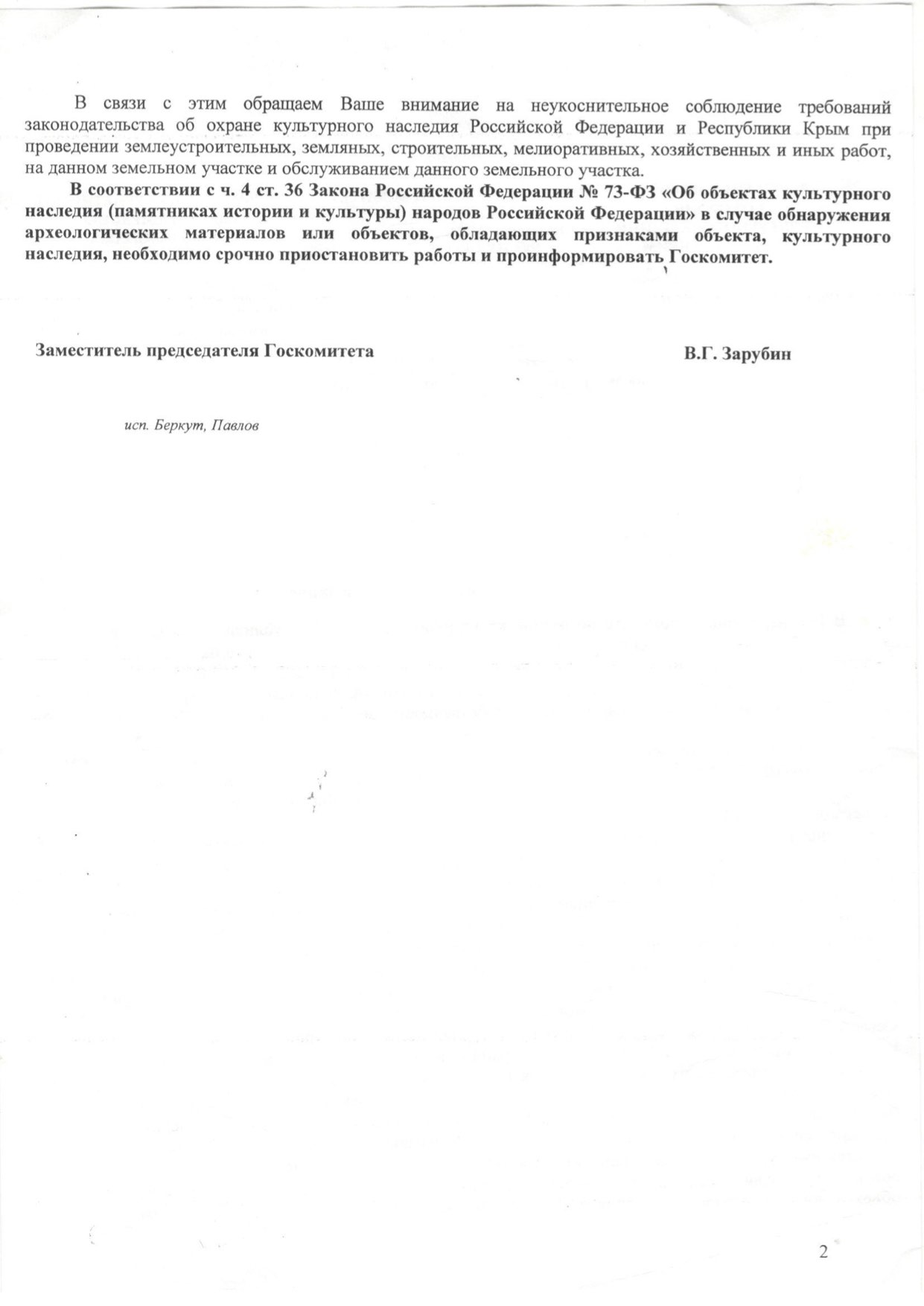 Also, some persons spread false information that, allegedly, A. Peshko. forged the certificate of advisor to the Chairman of the Supreme Council of Ukraine Volodymyr Lytvyn.

On this issue, requests were made by a lawyer representing the interests of A. Peshko to the National Police of Ukraine, as well as to the Information Technology Department of the Ministry of Internal Affairs with a specific question: “Are there any data on the forgery of any documents by Peshko A. V. in the Verkhovna Rada of Ukraine or anywhere else? ” The answers of the National Police and the Department of Information Technology of the Ministry of Internal Affairs gave a clear and comprehensive answer: any data on the facts of forgery of documents by Peshko A.V. they do not have, and at the moment no data on the Peshko A.V. There are also no criminal or administrative violations by the national police. Below are the relevant copies of documents: 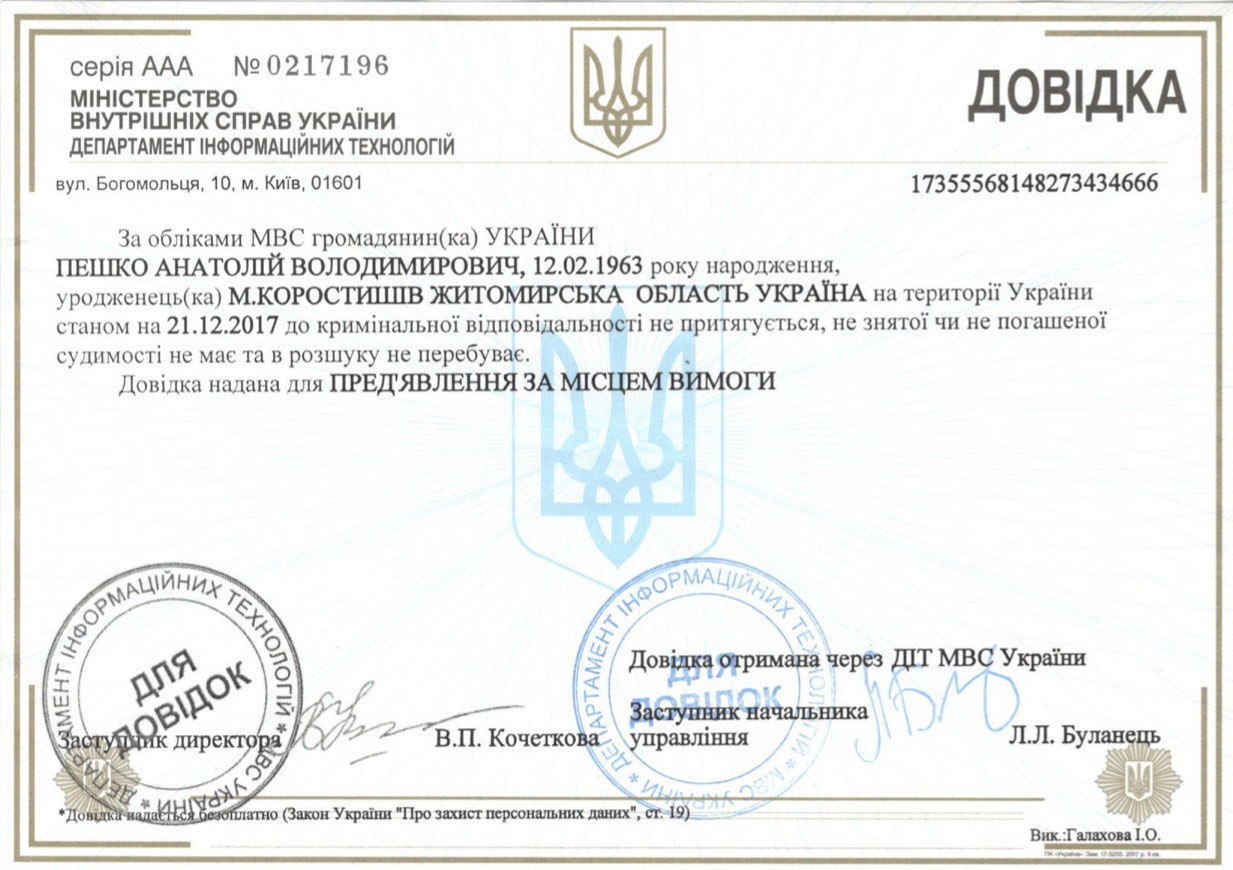 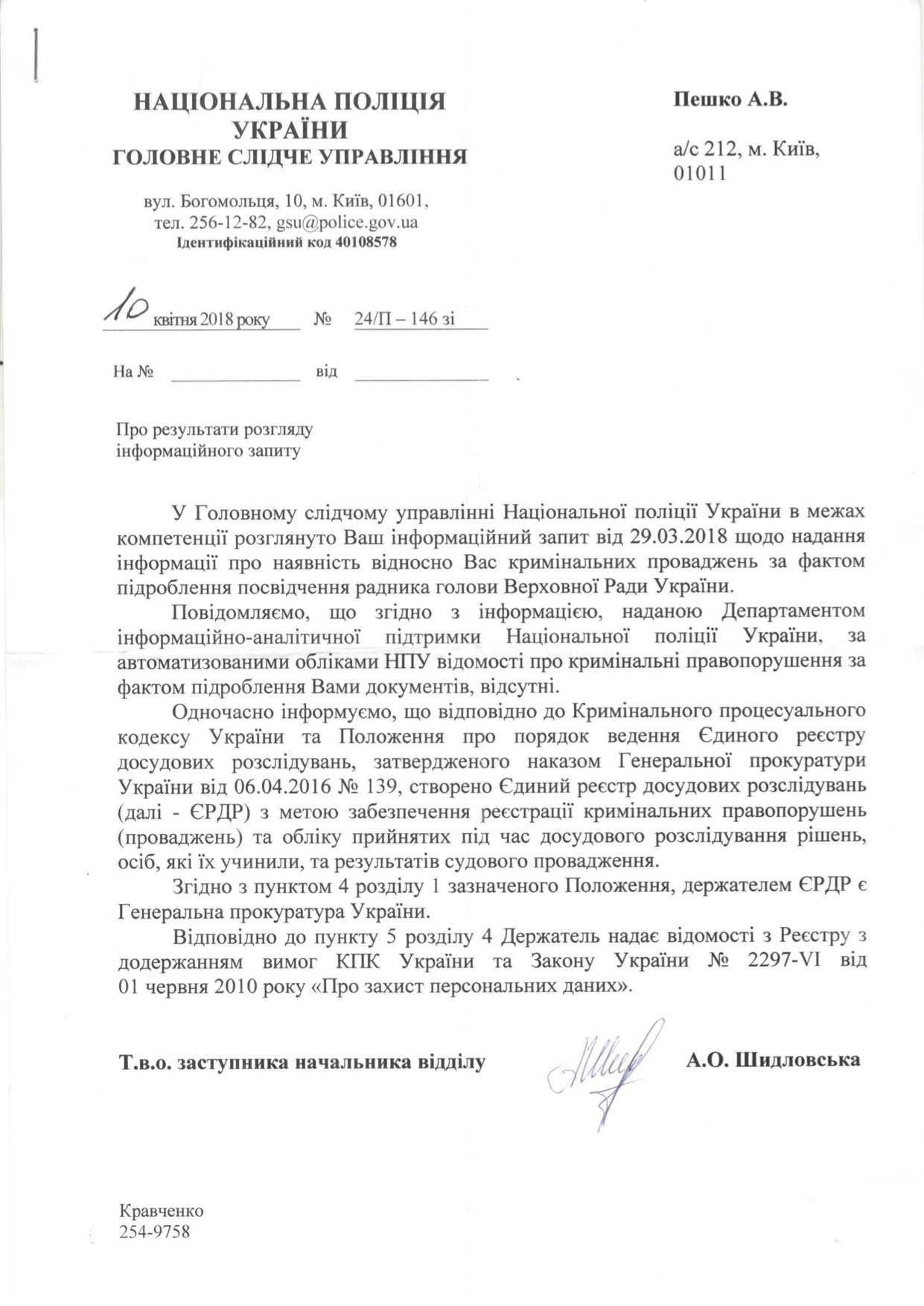 If anyone has any evidence that academician A. Peshko during his life was committed any crimes, he asks everyone to immediately go to court to establish the truth and truth. If someone has reliable information about the crimes committed by him, he is ready to bear responsibility for this!

Sincerely, lawyer I. Kolosinsky, in the interests of academician A. Peshko