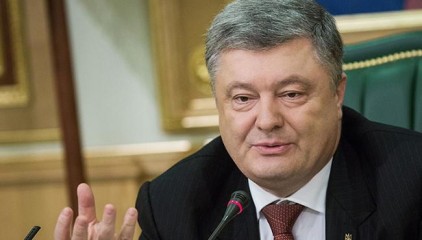 The third day went as parties do not declare, after Moore raised the noise around this topic.
October 3, 2018 the Cabinet of Ministers of Ukraine published a promising and intriguing order No. 756-R “About zatverdzhennya minds the sale of majestic shares publeo AKTSIONERNOGO tovaristva “Centrenergo” competition first vakreste proponowane prices for the principle of the auction.”
The story of the suffering of the Ukrainian privatization did not know of similar examples of greed and bespredelschiny! However, as we see Ukrainian ” Euro-reformers “are able to make an indelible impression even on” seasoned ” scams and crooks.
It is hard to believe, but from the moment of publication of the above-mentioned resolution of the Cabinet of Ministers of Ukraine the Ukrainian public, business and economic elite had an opportunity to observe the fact of “unprecedented generosity” of the Ukrainian government to close to it in spirit and, perhaps, for some other reasons, potential investors of public joint stock company “Tsentrenergo”.
Particular attention is drawn to the third paragraph of this resolution, according to which the Ukrainian government undertakes to repay all debts of the above-mentioned JSC, which took place before the date of transfer of ownership to the buyer of the state block of shares, which is 78.289% of the authorized capital of this JSC.
According to the published resolution of the Cabinet of Ministers, the state property Fund undertakes to repay the investor any losses or expenses (more precisely to pay any amount of additional taxes and fees, including penalties and penalties , as well as other fines that are accrued to the company by a court decision, which came into force after the date of transfer of ownership of the shares of JSC “Tsentrenergo” to its buyer).
The essence of the sensation associated with the seizure of JSC “Centrenergo” is that for 27 years of independent Ukraine for the first time in its history, the state undertook to pay the buyer all the debts that were formed in this enterprise before the transfer to its new owner. And, in fact, for the entire period of its existence.
It is possible that the amount of compensation to the new owner bude even higher than the cost of the enterprise.
There is an impression that in Ukraine there are investors with phenomenal abilities, with the possibility of hypnotic action on the Cabinet of Ministers of Ukraine. And it seems that these people are owners of one of the companies – buyers under the name of OOO “Ukrdorinvest”, which, according to the people’s Deputy Evgeniy murayev is associated with the closest aide to Poroshenko, Igor Kononenko, and Fund balance assets the firm oversees the Deputy Chairman of Fund Vladimir Derzhavin -also a close friend Kononenko. By a strange concurrence of “circumstances”, Mr. V. Derivin is a close friend of the head of Supervisory Council of JSC “Centrenergo” Alexander Vizir.
Truly, ways of the Ukrainian corrupt officials are inscrutable! There is a question to the Ukrainian law enforcement agencies and the Ukrainian anti-corruption bodies created with “fatherly” support of the USA: NABU, SAP, SAS of Ukraine. Ukrainian society is following with deep concern the end of the era of post-euromaidan privatization. Before Ukraine, as never acute is the sacramental question: to be or not to be? after such a privatization.
Academician and Vice-President
Academy of Economics
Sciences of Ukraine