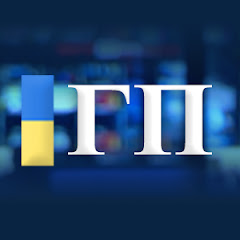 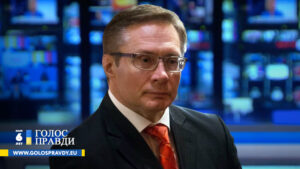 A new entry by political scientist Anatoly Peshko has been published on the website of the main opposition project of Ukraine “Voice of Pravdy”:

I was prompted to appeal to you not so much by the events of recent weeks, which periodically excite the social and political life of our country, as by the feeling of total destruction and final decline of the foundations of the statehood of Ukraine. We are talking about the saint – about the fate of the state and people, which over the centuries amazed the world community with their phenomenal history and ability to fight for freedom, independence and sovereignty.  Today we are witnessing and at the same time real participants in the shameful process of decline and loss of many obvious achievements that grew up in dramatic and often tragic historical competitions for our people, in the crucible of the hard and at the same time extremely creative work of our ancestors

It so happened that the revival of the newest statehood of Ukraine took place in a period of crisis events, in times of civilizational changes and revolutionary changes. Unfortunately, the word “crisis” has not disappeared from the vocabulary of Ukrainian citizens over the past 30 years. However, today we have reached such a “point of no return”, when the crisis clearly reveals real threats of decay, destruction and decline of everything that was created not only by the blood and sweat of many generations, but also at the cost of great shocks and trials, unique even on a global scale. Civilizations  Freedom, which for decades was considered one of the main achievements and, at the same time, the majestic landmark of the democratic development of the state of Ukraine, today it is quite obviously acquiring the outlines of anarchy. It is well known that anarchy is freedom without responsibility, but in fact it is also the eve of the complete decline and destruction of important social structures and mechanisms. It’s a shame to admit, but right now we have all the signs of such a decline and every new day of our life only multiplies the shameful count of events in the process of devastation and complete degradation of society.

We have become silent witnesses of an attempt on the sacred sites of Ukraine – on the Ukrainian lands, which today, as a powerful bonus to our statehood and independence, are preparing for a sale. Already today we are forced to admit that a significant part of the land, the total value of which, according to the most conservative estimates, ranges from 300 to 700 billion US dollars, is considered the property of the nouveau riche, who have already used purely fraudulent schemes to acquire it. And this despite the fact that the annual budget of Ukraine today is barely 40 billion US dollars!

In the same context of decline and destructive collapse, practically all economic, social and political transformations in Ukraine take place, which, by a bitter irony of fate, are called reforms. This word in Ukraine has long become synonymous with gross mockery of people who have turned out to be superfluous on their own and God-sent land. The economy of Ukraine, as a result of a number of mediocre reforms, fell to the most primitive forms of its existence, and the most sad economic achievement of modern Ukraine can be considered the shadow sector, which for decades has demonstrated a stable ability to reproduce on a gigantic scale.  The logical consequence of this situation was the paralysis of the health care sector in Ukraine, and one of the best in the world, the education system in Ukraine today is also rapidly declining and degrading. At the same time, the system of vocational education has almost been destroyed in Ukraine, which at one time generated generations of creators of industrialization and provided our country with a powerful human potential, the reserves of which, unfortunately, have already been exhausted.

Under such conditions, social marginalization is rapidly spreading in Ukraine, and the moral degradation of society becomes total. The organization of the life of society, which was stably habitual and based on civilizational traditions, was destroyed. The destruction of legal consciousness and discipline has reached a critical point in Ukraine. Our state, unexpectedly for the majority of its citizens, suddenly turned into a country of pensioners, some of whom have already found themselves without any social security.

In the context of the crisis, the strengthening of global stagnation processes throughout the world, the level of professionalism and maturity, cohesion and responsibility of the national elite, which is mainly concentrated among the ruling elite of Ukraine, acquires exceptional importance. It is sad to admit, but it is the ruling elite of our state that in recent years has been demonstrating examples of moral ugliness and becoming the main object of contempt and hatred in the eyes of society.

An attempt by the current government to cover up their immoral and criminal actions related to the plundering of Ukrainian land, which, according to official information, has already been plundered on more than 5-7 million hectares and continues to be plundered further. As a result of the adoption by the President of Ukraine V.A. Zelensky of the Decree on the transfer of land from state ownership to united territorial communities, the process of total theft of the state’s arable land has gained even greater scope. The lands received from the state, territorial communities are transferred to lands intended for running a personal peasant economy. After that, under the auspices of the allocation of land for ATO participants, lists of the same names “roam” in many regions of Ukraine, this land is almost instantly sold to the end customer (owner, representative of one or another oligarch, whose names are well known to the President).

If the Ukrainian people allow the authorities to enact the law on the sale of land in Ukraine, all stolen land will be resold to foreign owners through the mechanism of pledging this land against bank loans!

This will be the final theft of the Ukrainian land and its transfer to the ownership of the global financial oligarchy, which today controls the United States, and in fact – the whole world!

This is the loss of Ukrainian territory, its sovereignty and its territorial and food security, the living space of the peoples of Ukraine!

A similar situation is observed with the sale of state-owned enterprises that are of strategic importance and that could bring Ukraine colossal revenues for budgetary financing of education, health care, the pension system and the system of social protection of low-income citizens of Ukraine. But as a result of artificially driving them to bankruptcy, these unique productions are now extremely depreciated, since their price is deliberately lowered at times thousands of times.

Along with the suppression of the judiciary, the information space is being cleaned up. It is not only the channels of the people’s deputy that are closed. V. Medvedchuk “NewsOne”, “Zik”, “112”. Prior to that, the channel “KRT”, “Kievskaya RUS” was closed in a similar way, the next in line is the TV channel “NASH” and other television and radio companies that represent the opposition forces in Ukraine and show the Ukrainian people unprofessional, but frankly cynical, illegal, supported by the American -Euro-Atlantic forces, criminal actions of the President, the government and some obscure, unconstitutional body of the RNBO. All this falls under the articles of the Criminal Code.

The poverty of the Ukrainian people has reached unprecedented proportions. It is aggravated by the appalling rise in tariffs for gas, electricity, hot and cold water, the rise in prices for other utilities, as well as the fall in the purchasing power of citizens as a result of inflation caused by the unprecedented fall of the Ukrainian economy.

The almost total lumpenization of the overwhelming majority of Ukrainians as a result of the difficult economic situation in the country led to high mortality, morbidity, low birth rates, migration of ordinary people and intellectuals from Ukraine. It is scary to see that this situation has caused appalling poverty and the inability of people to provide themselves with the simplest, essential foodstuffs and already practically inaccessible essential medicines.

Realizing the catastrophic situation in the Ukrainian economy, realizing the danger of destroying the foundations of the social life of our country, contemplating the scale of mental devastation and demoralization of the masses who still live in Ukraine, we must call for unity, the ultimate immediate mobilization of all people who can offer an alternative way of further development our state. In fact, we are talking about a call for salvation, about the need for quick, and, most likely, extraordinary transformations and actions that can stop the catastrophe, over the abyss of which the state of Ukraine turned out to be and is balancing very dangerously.  We must immediately sound the alarm, we need initiative, courage and a sober mind! We need solidarity and unbending will!

And most of all – we need a victory!Glory to our fathers, grandfathers and great-grandfathers, who showed courage, bravery and unbending will in the fight against fascism during the Great Patriotic War and World War II and protected our peoples from the fascist plague !!!

We must show that we deserve to be the descendants of our fathers, grandfathers and great-grandfathers, we must not allow the spread of fascism on the territory of our Motherland !!!

With respect to the memory of our fathers, grandfathers and great-grandfatherspublic figure,

Head of a public organization

“We will protect the people and lands of Ukraine”,

Academy of Economic Sciences of Ukraine

Doctor of Economics A. V. Peshko