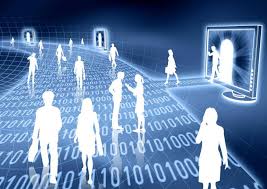 The suffering of the Ukrainian people began after a strange “coincidence” since the departure of Ukraine from the USSR. Thus, the population of Ukraine until 1991 was approximately 52 million people.

The real disaster for the country is the so-called “revolution of dignity”. Since its inception, Ukraine has lost more than 3 million people in 2 years, and this is only official data. To date, according to official statistics, the population of our state is 42,600,000 people (excluding the Crimea). However, this figure is not true. The fact is that, in fact, no census has been conducted in Ukraine, although, according to the UN recommendation, it is necessary to do this at least once every 10 years. According to many Ukrainian and foreign experts, the population of our Motherland, today, does not exceed 30-32 million people !!! This is due to the fact that no state body carries out monitoring of real mortality of the population, as well as the real extent of emigration of Ukrainians from their historical homeland.

What are the reasons for such a terrible state of Ukrainian society? And there are many reasons. First and foremost, it is the unfavorable socio-economic conditions of life, the civil war in the east, the frightening rise in crime, accompanied by the growth of particularly serious crimes, namely murders (in particular, commissioned), robbery, robbery with the use of firearms and even explosives . A vivid confirmation of these words is the blasphemous assassination committed today by a well-known Ukrainian journalist Pavel Sheremet, as well as knife wounds inflicted on Ukrainian journalist Fo rbes Ukraine.

Considerable importance in the fall of the population is played not only by the increase in mortality but also by the decline in fertility associated with the deterioration of the health of the Ukrainian nation.

Despite the many reasons that led to high mortality and low birth rates of Ukrainians, as well as their desire to leave their homeland and emigrate to more prosperous countries of the world, the main reason for the sharp negative dynamics of the population is the difficult economic situation that arose as a result of coming to power after the coup d’état – the “dignity revolution” – a gang of swindlers, thieves and adventurers. Total corruption from the bottom to the bottom erodes the economy of our country worse than a cancerous tumor. According to the World Agency “TheWorldFactbook” 2015 by CIA Ukraine is on 225 place of 226 countries in terms of inflation, at the same time, Ukraine occupies 199 place from 202 countries at the rate of industrial production growth. In addition, our country is “honorable” 222 place from 225 countries of the world on the growth of gross domestic product (GDP), below Ukraine only the Gaza Strip, the African country Sierra Leone and Yemen. A similar situation with the collapse of the agro-industrial sector, carried out by our parliament and the government aimed at the collapse of agriculture, leads to an even greater deterioration in the socio-economic conditions of life not only in the city but also in the village. By the way, it should be noted that the life expectancy of peasants is much lower than the life of citizens. Only over the past two years, more than 2000 villages have disappeared from the Ukrainian map. The highest mortality rate in Ukraine is observed in Chernihiv, Sumy, Poltava regions. In general, mortality in Ukraine is 3 times higher than in any European country. Or more precisely, in Ukraine the highest mortality in Europe & mdash; 15.7 deaths per 1000 people (according to the CIA of the United States). Our country ranks 2nd in the world in terms of mortality, while the South African Republic (South Africa) is ranked first. In addition, Ukraine nowadays takes the first place in the world in terms of natural loss populnosy. Population of Ukraine every month falls to 70000 people. In fact, from the map of Ukraine, 1 city of region subordination, such as Komsomolsk, Okhtyrka, Uman, disappears monthly.

One of the most serious reasons for the fall of the population of Ukraine is the civil war in eastern Ukraine.

The frames of the television chronicle show the Ukrainians the unfortunate warriors of the disabled who lost their health in the crucible of the war in the east. They are shown without hands, without feet, exposing as a standard the true warrior-hero. In fact, this is a cynical attempt to conceal their crimes against the people of Ukraine by pseudo-heroism, which, as it were, jump on metal prosthetics depicting people who have gained “happiness” by losing vital parts of the body (hands, feet, eyes, faces, etc.). , all of which try to represent the heroism of our soldiers. In fact, this is a mockery of the common sense of Ukrainian society.

I think that any mature person understands that someone’s children, husbands, and parents become no-one needed by the disabled, completely unadapted to the realities of today’s life. At the same time, we must not forget that it will be 2,3,5 years or more, and the state will forget about these people with disabilities in the same way as forgotten about the soldiers of the Afghans, Chernobyl victims. These people will be one on one with, sometimes, inhuman physical, moral and psychological, material problems, which, unfortunately, inevitably catch up with these, really, innocent young guys.

Particular attention is paid to the health of the Ukrainian nation. Unfortunately, according to official statistics, only 2% of people are absolutely healthy among people between the ages of 20 and 40. Excessive drinking and smoking (more than 50% of young men and about 40% of women are smokers). In addition, the disorderly sexual life of Ukrainian young people leads to an increase in morbidity among young people including a variety of life-threatening diseases, such as viral hepatitis C, AIDS, and other viral and bacterial infections (papillomavirus infection, gonococcal disease, syphilis, and others). Chronic inflammatory diseases of urogenital organs in women and men result in almost childhood of almost 50% of women of childbearing age (20-40 years). A similar situation is observed in men who, in addition to breaking the fertile function (fertilization function), develop early prostatitis (inflammation of the prostate) and the development of impotence. Every 10 young people in Ukraine, unfortunately, are impotent. Violation of the childbearing function, in the investigation of alcoholism, infectious diseases of the urogenital organs, is one of the reasons for the low birth rate in Ukraine.

If, God forbid, all the negative trends listed above will be preserved, then the Ukrainian nation will disappear from the map of our planet. What’s next?!!!

Public figure, Academician
and Vice-President of the Academy of Economic Sciences of Ukraine