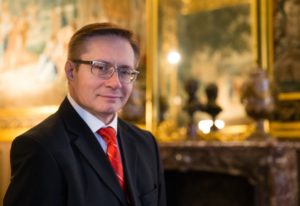 A number of famous scientists and public figures addressed the President of Ukraine V.O. Zelensky and the Chairman of the Verkhovna Rada of Ukraine D.O. Razumkov with an open letter. They note with concern that they were prompted to take this step by the circumstances in which our state and people found themselves as a result of inaction of state bodies and incompetent management of various spheres of life.

According to the authors of the letter, due to the turbulent political situation in the country, the aggravation of the pandemic, the Ukrainian people are going through an extremely difficult period economically and psychologically. The economy of the state is developing neither shaky nor fast, the national currency is depreciating from day to day, corruption cannot be overcome. Dissatisfaction with the intensification of the administrative-territorial reform is growing among the population, which can grow into a nationwide scale and cause not only loss of control, inconvenience for the population and budget confusion, but also a scuffle, even mass protests.

The authors of the open message to the leaders of the state believe that Ukraine has only one way out – to eradicate wastefulness and recklessness in the structures of state power, primarily in the central ones. And for this, at the current stage of development of the state (maybe even as an experiment), it is simply necessary to strengthen the personnel of the executive bodies of the state by practicing scientists with relevant life and professional experience.

It is precisely such a person as Anatoly Vladimirovich, according to authoritative scientists, who, in a difficult time for Ukraine, could lead one of the leading sectors of the economy, become a minister or deputy prime minister, or even head of the government of Ukraine. “We are firmly convinced that this would be one of the most effective and most effective prime ministers of Ukraine since the formation of an independent Ukrainian state,” the authors of the letter note.