LET YOU EXPRESS YOURSELF …

Requirement of the personnel development of the viconious organizations of our state for the research of science practices from the general life and professional advice. 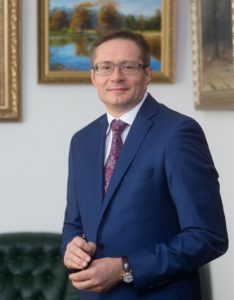 Ukraine hurts us. It hurts when they say that the country is suffering from staff shortages. Therefore, we propose to strengthen the personnel of the executive bodies of our state at the expense of practitioners with relevant life and professional experience. Among them there are many potential leaders who are able to change the situation for the better. In difficult socio-economic and life conditions, Dr. E. N., Academician and First Vice-President of the Academy of Economic Sciences of Ukraine Anatoliy Peshko (pictured) carries out scientific and industrial-economic activities.

Like the self-sacrifice of Stephen William Hawking, an English theoretical physicist, cosmologist, director of research at the Center for Theoretical Cosmology at Cambridge University, known for his research in astrophysics, in particular the theory of black holes. Having diseases of motor neurons, he worked a lot to popularize scientific knowledge, at the same time he worked as Lukasov’s professor of mathematics. The life of Steve Jobs, a famous American billionaire, deserves attention, was engaged in scientific, industrial activities, at the same time as an educational goal, he met with students. Anatoly Peshko also, despite some health issues, is successfully putting things in order in the management of various commercial institutions, since 1992 they have successfully operated in various spheres of economic activity, starting with pharmaceuticals, the supply and processing of oil and petroleum products (Kremenchug “Ukrtatnafta”), gas supplies, electricity to numerous enterprises in Ukraine, from brick factories (Irpensky brick factory and others) to ferroalloy (Zaporozhye ferroalloy plant) and metallurgical enterprises (Metallurgical plant “Azovtal” (Mariupol), Dnepropetrovsk metallurgical plants “Niko Tube” and others), mining (Severny GOK), a number of giants of the chemical industry in Ukraine, namely Gorlovsky “Stirol” , Cherkassk “Azota”, Severodonetsk “Azota”, Odessa port plant, OJSC “Oriana” (Kalush) and many others. He, like Steve Jobs and Stephen William Hawking, lectures. Having an academic degree of candidate of medical sciences and an unfinished doctoral dissertation in medicine, he successfully receives citizens, consults and conservatively treats them on a charitable basis. Receives letters from grateful and healthy people.

Systematically carries out charitable activities, helps the needy, the homes of elderly people and many boarding schools for sick children and orphans, I will need the attention of the state and all caring people; contributes to the maintenance of scientific research work of young scientists. Such as he could lead the industry or even perform other leading state management functions at the level of not only ministers or vice prime ministers, but above all at the level of the head of government of Ukraine Today we talked about only one practical scientist. But there are hundreds of such powerful professionals as Anatoly Peshko in our country. You just need to take a closer look and give the opportunity to express yourself …

President of the Academy of Social Management of Ukraine Bogdan Andrushko,

First Vice-President of the Academy of Economic Sciences of Ukraine,

President of the International Academy of the Cossacks, General of the Army Mikhail Yamnenko,

member of the Union of Officers of Ukraine, Reserve Colonel of the Armed Forces of Ukraine Alexander Varakuta.